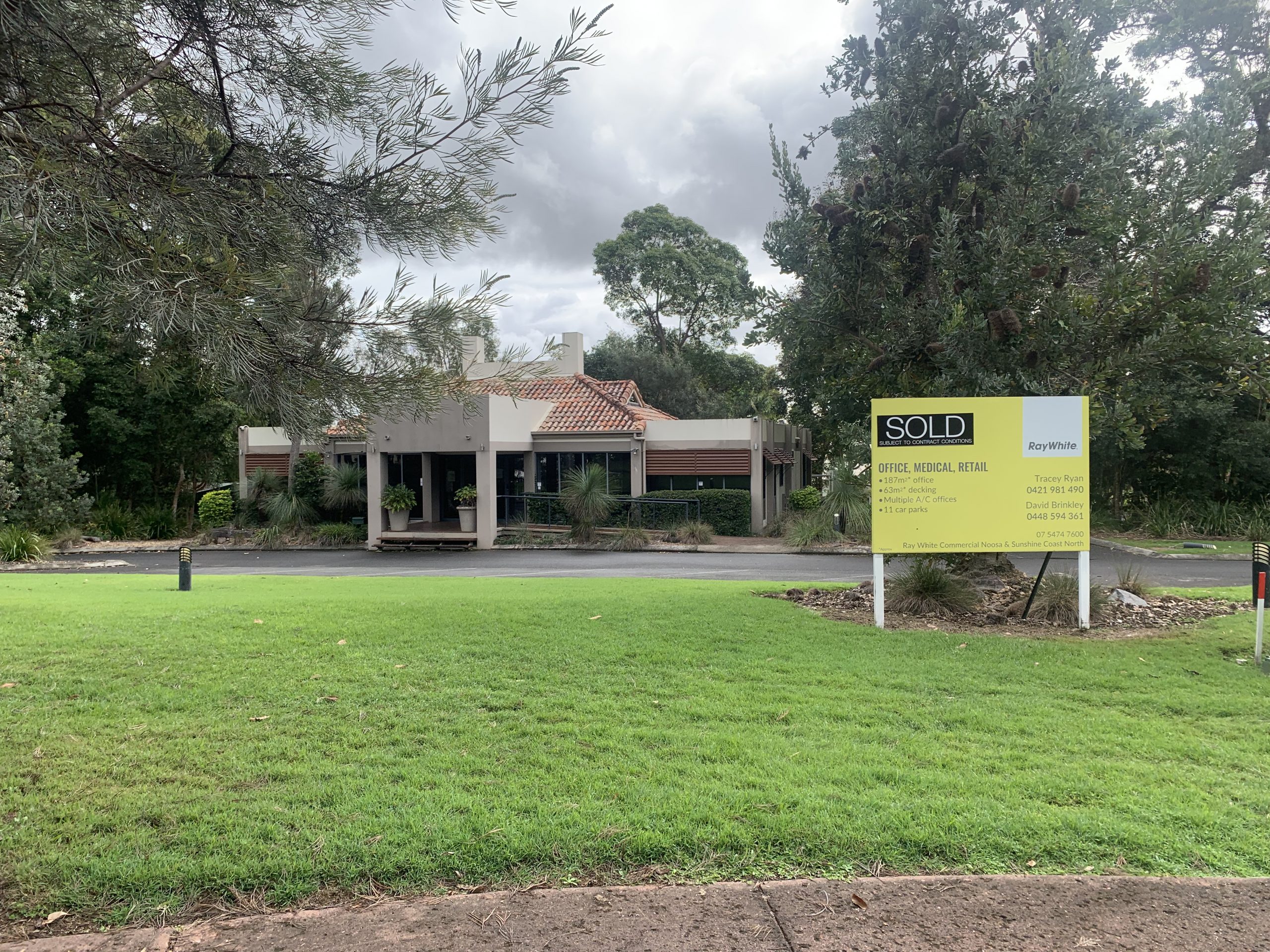 Plans lodged with Council to build a childcare centre in the place of the old sales centre next to the golf club car park at 2 Longwood Drive have been met with a mixed response from local residents.
A Material Change of Use application was lodged with Council on May 5 by NorthGroup Consulting which outlines plans for the 2553sqm corner block adjacent to the roundabout.
It proposes to remove all existing buildings on the site and replace them with a two-storey childcare centre to be operated by Habitat Early Learning from 6.30am to 6.30pm.
It will have 27 car parking spaces and a maximum occupancy of 93 children each day aged from six weeks to school age.
As the property is in a Local Centre Zone, Council will decide whether or not it goes ahead, without the need for public consultation.
A Sunshine Coast Council spokesman said: “the application is code assessable and a childcare centre is a consistent use on the site”.
“As with all development applications, this application will be thoroughly assessed on its individual merits”.
Council’s website notes that while residents are able to submit a written comment on any development proposal at any time, for code assessable applications those comments will be considered by the assessing officer and “no appeal rights apply and you will not receive a copy of the decision notice”.
Long-time Longwood Drive resident Mike Curley said he only found out about the application by luck and was concerned about the impact it could have on the amenity of the local neighbourhood, and traffic volumes at the Longwood Drive / Peregian Springs Drive roundabout.
Mr Curley said he was also concerned about the increased noise of vehicles accessing the site for at least 12 hours every day.
Meanwhile, there has been support shown on local social media boards for the proposal, particularly from working families happy to see more childcare spots available locally.
A look at Council’s development website, www.developmenti.sunshinecoast.qld.gov.au shows that the application MCU21/0131 moved into the “Decision” phase on May 20, although there is no date set yet for bringing down that decision.