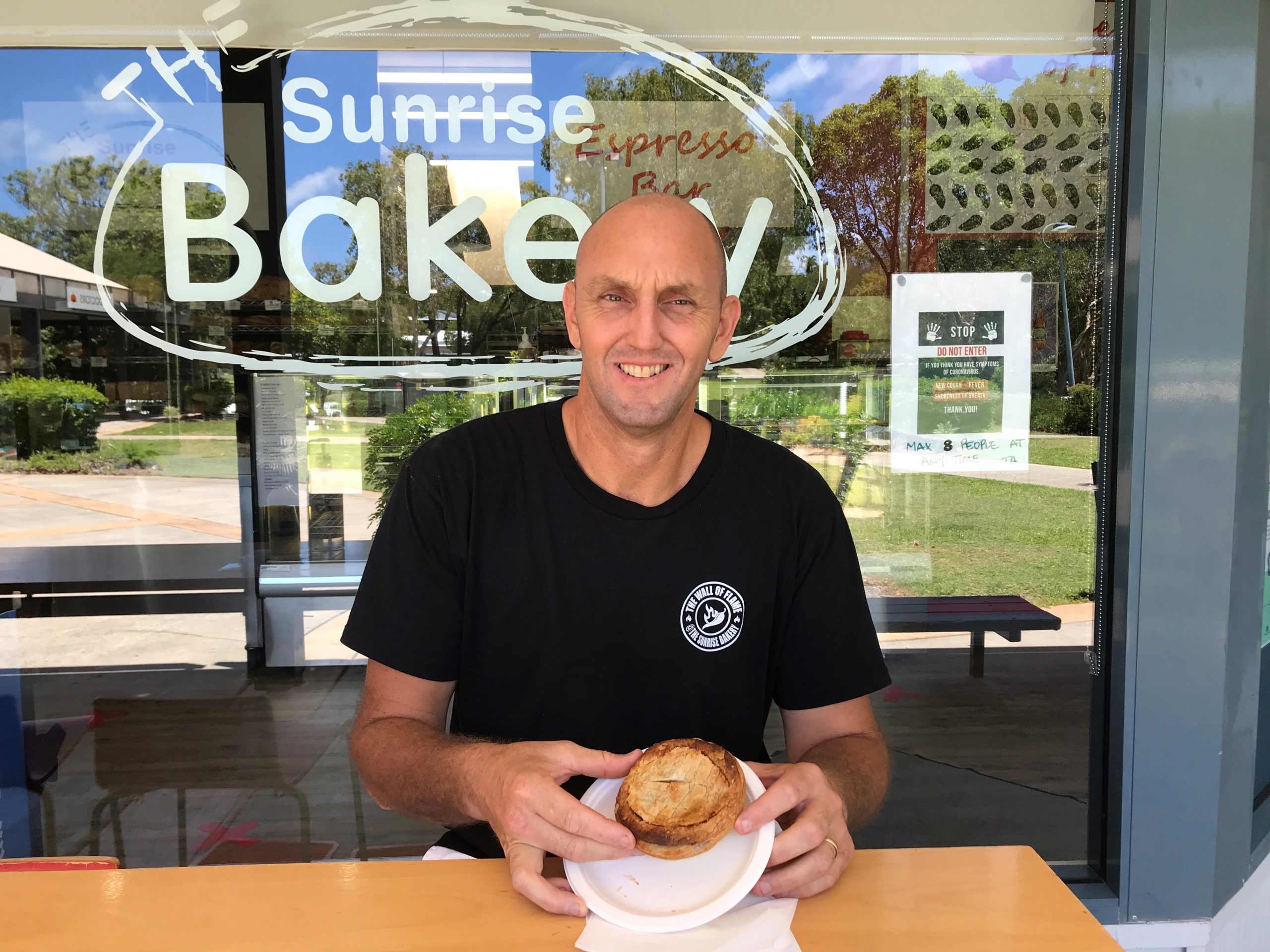 Get YOUR NAME ON THE REAPER WALL OF FLAME

With hundreds of global events on hold, a new challenge has come to town capturing the interest of young and old, male and female and open to everyone.

“The Sunrise Bakery Hottest Chilli Pie Contest,” featuring the Carolina Reaper, the hottest chilli in the world, is taking place every day in Sunrise Beach.

Engineered and baked by Sunrise Bakery proprietor Paul Barber, who who has 20 years of accomplished pie making skills to his credit, the Reaper challenge uses his popular traditional chunky pie recipe combined with the Carolina Reaper for some extra oomph!

“The idea has been on my mind for some months now” explains Paul “and we finally got the ball rolling during the summer break, providing something exciting and fun for the new year.”

The contest has been popular with families coming from far and wide to add their names to the Reaper Wall of Flame.

“The pie has to be completely consumed for names to be added,” smiles Paul.  “We’ve had over 100 challengers so far.”

With milk, ice and a chunder bucket handy for all challengers and a waiver for children under 18 years, the competition has seen some unique moments as body senses overload!

Whilst the consumption of the hot pie brings on watery eyes and an explosion of heat, research suggests eating hot foods, gives your metabolism a healthy jolt and even releases endorphins. It also is great in hot weather cooling the body faster than ice-cream.

“It’s been amusing watching families and friends challenging each other as our hot Carolina Reaper chillie pies are consumed,” smiles Paul- who kept his cool despite the heat eruptions in his own body when he too took on the challenge.

“I drank 3 litres of milk afterwards and felt great for days,” he says.

But for those who like to experience extreme thrills outside of chilli pie consumption, family run Sunrise Bakery have a range of homemade traditional pies and sausage rolls, a variety of breads, cakes, pastries and slices, as well as sourdoughs, ryes and gluten free treats.

All are made on the premises by Paul who starts work at 2am to ensure the shelves are filled for the morning rush which starts at 6am.

Hot chilli pie’s are on sale all day for anyone keen to add their names to the “Hall Of Flame”.  Do you know anyone brave enough to give it a go?