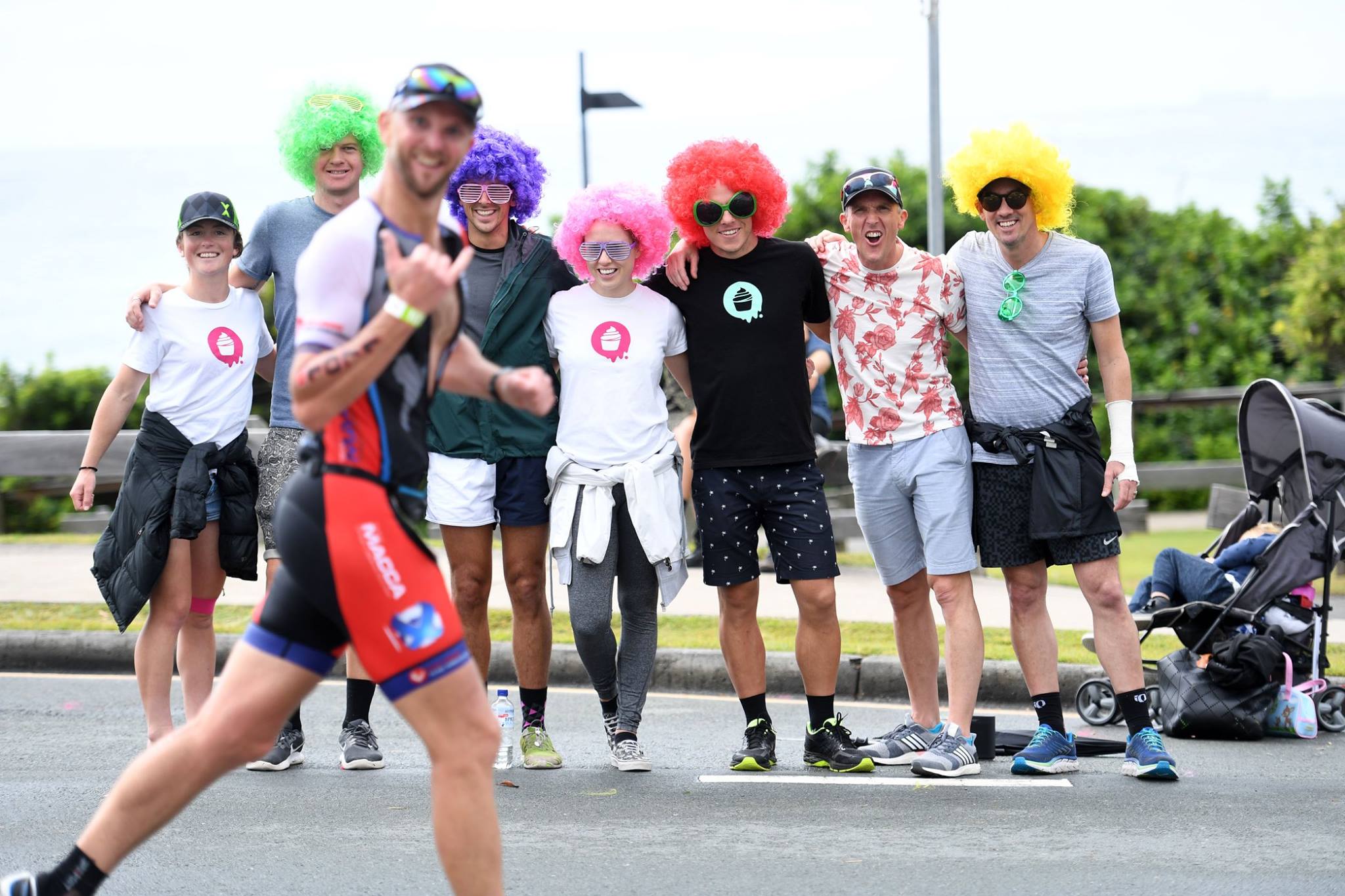 When you hear the name, Cupcake Cartel, you could be forgiven for jumping to conclusions that you’re about to read about some tasty bakery treat makers who love nothing better than to mix fluffy cakes and coat them in colourful sugary icing.

In actual fact, The Cupcake Cartel is the name of a popular international triathlon team created by Peregian Springs based athletes Callum Millward and Alise Selsmark.

The couple, who usually split their time between Australian and Boulder, Colorado, had their first child, Taj, in 2019.

While the couple met in Western Australia, they chose to settle on the Sunshine Coast for the weather and the access to other athletes, coaches and support staff.

The Cupcake Cartel team idea came off the back of a podcast Cal started talking to other triathletes called Cupcakes with Cal.

Cal said while both he and Alise raced professionally, they had always tried to be approachable at events, and the team was all about supporting and encouraging its members, at whatever their level of competition, to have fun and keep improving.

The team, which has more than 350 members around the world, has been keeping in touch online, including regular training videos from Alise.

To find out more about the Cupcake Cartel team and how to join up, see www.cupcakecartel.org